Jennifer Burden traveled by invitation of the UN Foundation’s Shot@Life campaign to Uganda to observe UNICEF’s Family and Child Health Days, where children are provided life-saving vaccinations.  This post reflects on Day 3 of her adventure in October. She has previously reported on day 1 about UNICEF offices in Kampala, Uganda and day 2 of her trip at a UNICEF Family Health Day in Mumbende, Uganda.

On Day 3 of our Ugandan adventure we took a detour. We were scheduled to meet with the health staff who were going to be working at the Family Health Days that we were visiting on Sunday, but they were still busy preparing for Sunday. So, we found ourselves with unexpected free time. What better thing to do in Africa when your plans fall through than to visit one of Uganda’s national parks? 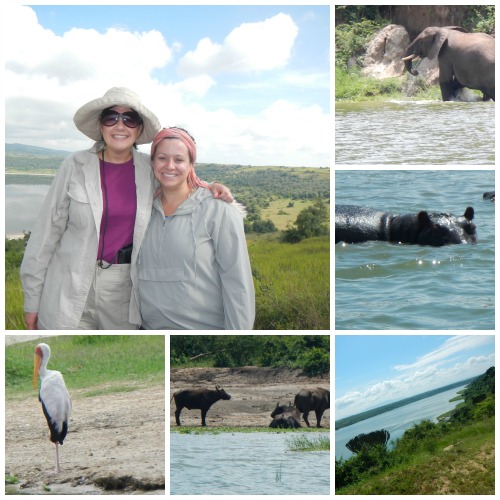 Queen Elizabeth National Park in Uganda. Jennifer Burden of World Moms Blog with Jenny Eckton of the blog, Formerly Phread while in Uganda in October 2012 with Shot@Life.

Saturday’s adventure led us to Queen Elizabeth National Park, where we went on a river safari cruise on Lake Edward. We saw a multitude of hippos and buffalo, as well as, elephants, crocodiles, monkeys and beautiful birds. We hopped a riverboat and spent the entire time out on the water.  I have never seen so many hippos in my life.  Apparently, some had been brought to the park in the 1960s, and they’ve been expanding every since!  One moment the waters would appear empty, but the next many hippo heads popping up out of the water!  Babies followed their moms. They swam around together in groups. Absolutely incredible!

The excursion was a fantastic opportunity for our delegation to get a feel of the country’s natural beauty and a great team building exercise.  We were bonded going into the next Family Health Day. However, driving through the extreme poverty on the long bus ride through the country really put into perspective how much UNICEF’s efforts were needed.

We saw homes made of only big sticks and mud with reeds or tin for roofs. Although they are great “green” homes for the country’s beautiful African sun drenched days, they are unsuitable when temperatures become very cold at night and there is no running water or electricity. 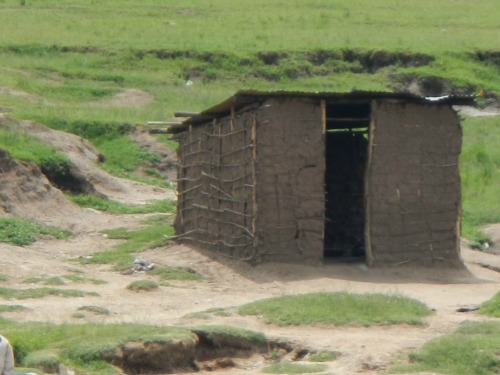 Ugandan house made of mud and sticks.

Also, children were seen walking long distances in school uniforms, many alone. Women, men and children carried large yellow containers to collect water in and walked for miles home. An image that will never cease to amaze me — the site of an African woman balancing her load on her head and walking on the roadside barefoot. 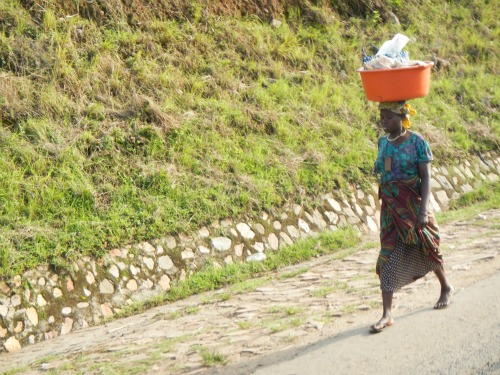 Woman in Uganda walking on side of road in western Uganda.

Unfinished homes and store fronts were quite common. We were told that owners would save up for bricks and then add gradually to the structure over many years.  It was not uncommon to see unfinished storefronts in use or piles of bricks that had been delivered to unfinished residences. Bricks were made of heated, dried mud.

Here is an example of a typical storefront. This one is a bicycle shop and a clothing store. Often times, the storefronts were painted by companies seeking to advertise mobile phones and other products. 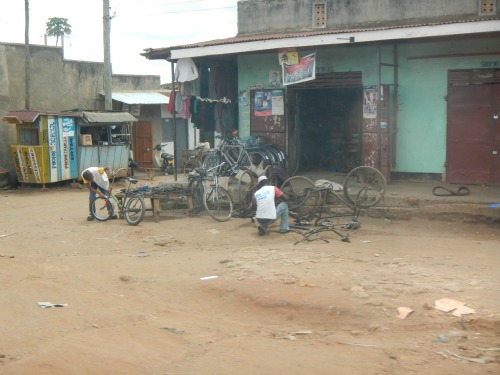 We were truly humbled by our trip out to western Uganda.  The further we drove away from Kampala, the more common it was to see mud huts. And storefronts were everywhere, often with mothers manning them and children playing outside. Day 3 was a truly memorable day. We captured photos that changed us and that will stay in our advocacy hearts forever. This day was good for our delegation to get to know each other better and prepare for the next round of Family Health Days on Day 4.