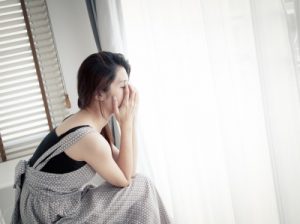 My mom has just been diagnosed with dementia. I knew it in my heart even before the geriatrician announced his diagnosis. The signs were there – her poor memory, her inability to reason, and in recent times, her increased anxiety and (almost incessant) repetitive questioning. That last bit has been the hardest part to deal with.

At the moment, I am very blessed to have a good live-in helper. But her work contract is coming to an end soon and I am not confident that she will stay. If I’m in her position, I’ll choose to work elsewhere. It is one tough job.

So a thought that I have pushed away for a while is resurfacing: Should I send my mom to a nursing home?

While it seems common for people in the ‘West’ to live in a nursing home in their old age, the decision to send one’s parents to an old folks’ home in this part of the world is often imbued with moral implications.

Here, we are inculcated with the value of filial piety from young and children are expected to look after their parents in their old age. Sending one’s parents to a nursing home is often frowned upon as being unfilial.

A long time ago, I used to think the same way, too, that sending one’s parents to a nursing home is wrong. Back then, life was just black or white; grey was not accommodated. But after I graduated from university and started my first job as a medical social worker, it opened my eyes to the predicaments of caregiving and I realized my views had been too simplistic. Placing one’s parents in a home does not mean the children no longer love or care for their parents. Sometimes, it’s simply that the level of care required by the elderly person is beyond the children’s abilities to manage.

Yet those insights I had gained as a social worker do not lessen the struggles and guilt I now face regarding my mom’s care. I can’t predict the future, but I foresee that it is going to be a long and challenging journey. I am not trying to be pessimistic but reality is, such given the limited financial and community resources as well as lack of social support.

You see, I am an only child, I don’t have a sibling to share the responsibility with. While my husband tries to help, I feel that I should not burden him with it.

Wife. Mom. Daughter. It’s one tough juggling act. How do I prioritize? How much sacrifices do I have to make, how much care do I have to give before saying that I really can’t cope anymore? Sometimes, it’s just too hard to let go, because it feels as if you have given up hope on the person requiring care. It feels as if you are telling them they have no more hope and there’s nothing to live for.

On a more positive note, caring for my mom has gotten my husband and me to think seriously about our old age. Hopefully when the day come for us to be needing care, we will not end up as a burden to our kids.

Have you been in a similar situation or know someone who has been. What is your advice?

Ruth lives in Singapore, a tiny island 137 kilometres north of the equator. After graduating from university, she worked as a medical social worker for a few years before making a switch to HR and worked in various industries such as retail, banking and manufacturing. In spite of the invaluable skills and experiences she had gained during those years, she never felt truly happy or satisfied. It was only when she embarked on a journey to rediscover her strengths and passion that this part of her life was transformed. Today, Ruth is living her dreams as a writer. Ironically, she loves what she does so much that at one point, she even thought that becoming a mom would hinder her career. Thanks to her husband’s gentle persuasions, she now realises what joy she would have missed out had she not changed her mind. She is now a happy WAHM. Ruth launched MomME Circle, a resource site to support and inspire moms to create a life and business they love. She has a personal blog Mommy Café where she writes about her son's growing up and shares her interests such as food and photography.