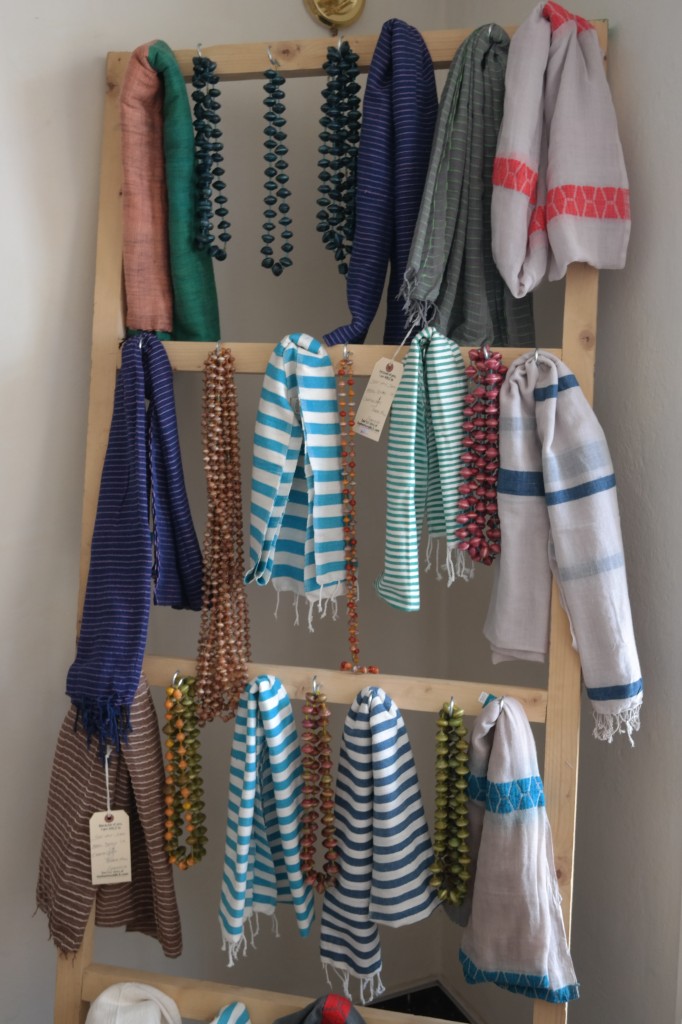 Twenty years ago Cherry had completed her university degree in business, but was still unemployed. Driving with her family one night past the prostitutes on the streets of Addis Ababa she and her family sparked a discussion that left her wondering about what separated her life from theirs. The street women who flashed them as they passed stayed in Cherry’s mind. She was an educated woman who could not find a job, how were these women supposed to find decent jobs if she couldn’t? She began going out at night to speak with the girls on the street and formed relationships that then became the foundation of  “Women At Risk”, an NGO providing rehabilitation and job skills training to provide the women with alternate opportunities.

Today “Women At Risk” partners with Ellilta Products where the gorgeous FashionAble scarves that  Nicole Melancon and I first heard of through the ONE Campaign are made.  We knew if we had the opportunity while in Ethiopia on our International Reporting Project #EthiopiaNewborns New Media Fellowship trip we would love to visit the facility ourselves.   Eden Genet Melke, Ellilta’s Business Development Manager was gracious enough to welcome us to the headquarters, show us around, and share the story of how it all began.  Forty to forty-six women a year now go through the program of six months of rehabilitation followed by six months of job training.  The program has had a 96% rehabilitation rate of women being able to leave behind their life on the streets and create a new future for themselves, and their children.

Cotton has been grown as a crop in Ethiopia as far back as Queen Sheba, and the history of rich textiles are woven into Ethiopian heritage. Initially the women in the program, most of whom are single mothers, were hesitant to learn weaving. In Ethiopia weaving has traditionally been a man’s trade. Most Ethiopian men in the southern region know how to weave, and the women customarily have done the spinning, but once the women saw their finished products with their names on them, (each scarf comes with a name tag signed by the woman who made it) their sense of pride in what they were able to create emerged.

Here is  how the process of transformation takes place 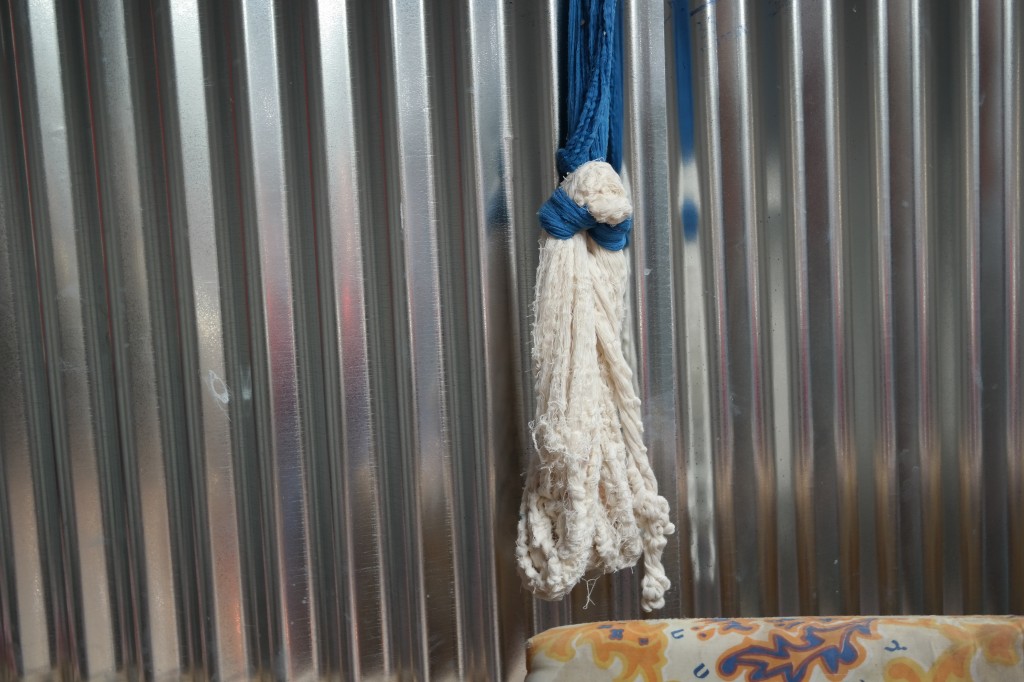 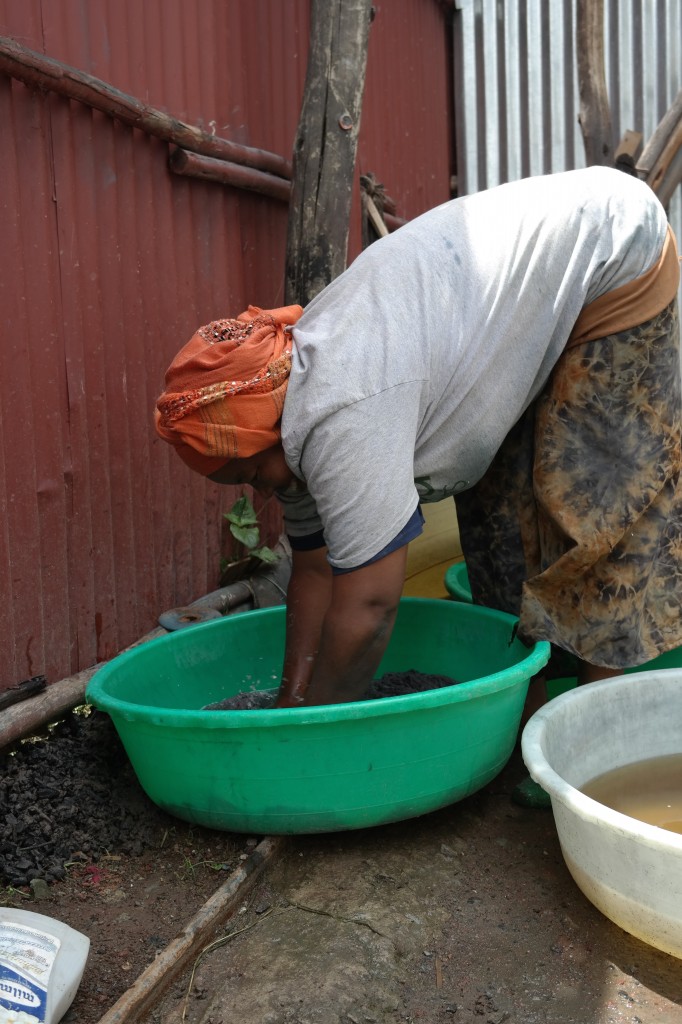 Dried In The Sun 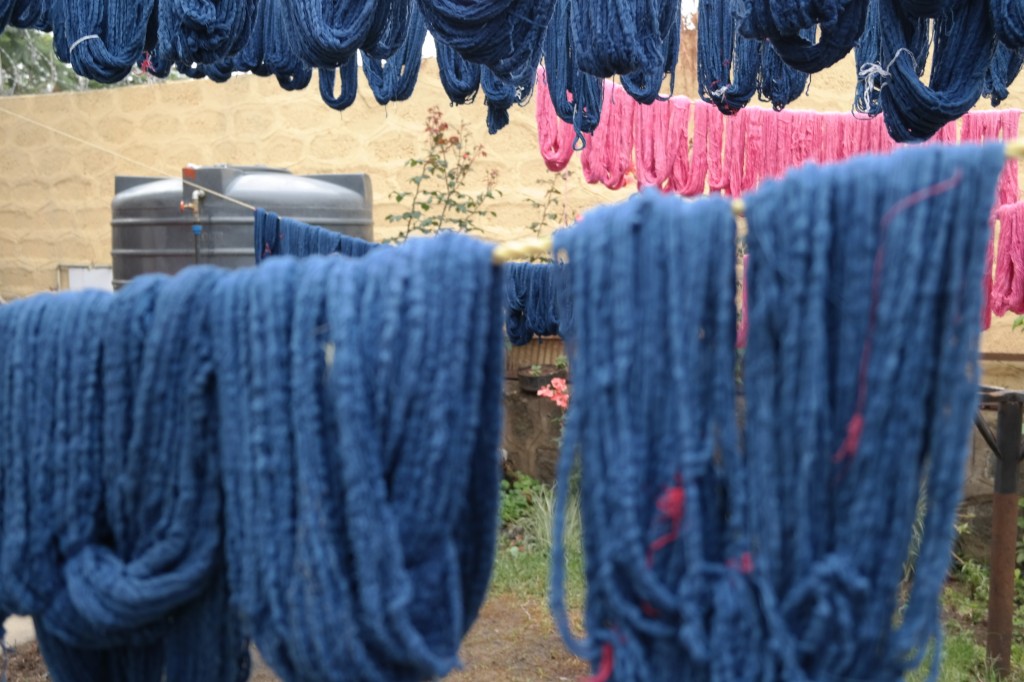 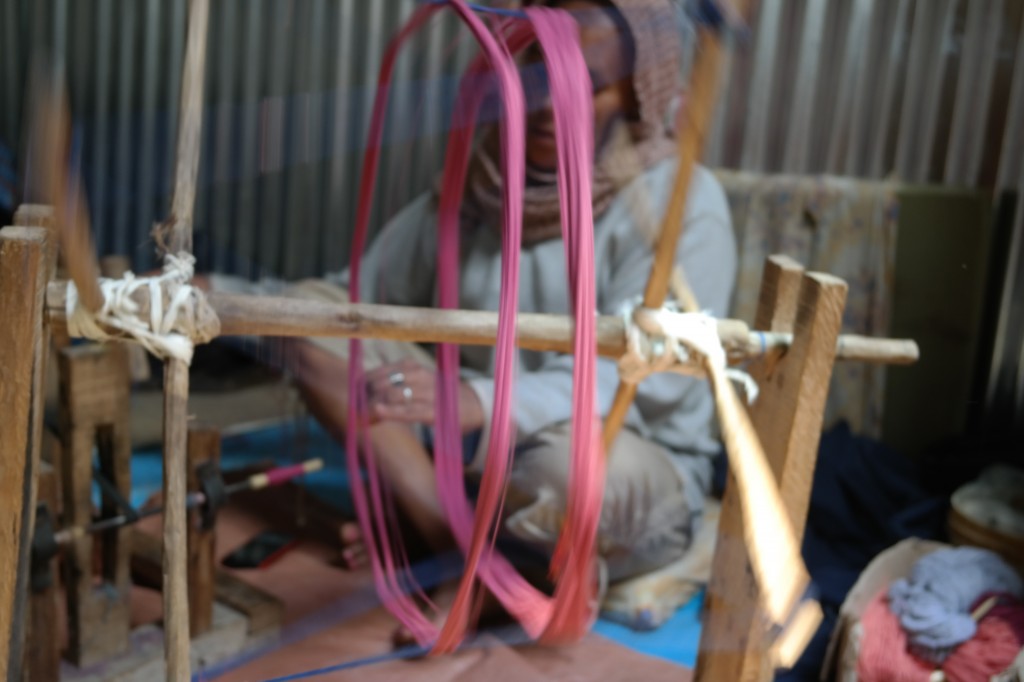 Then Woven Into the Beautiful Creations They Become 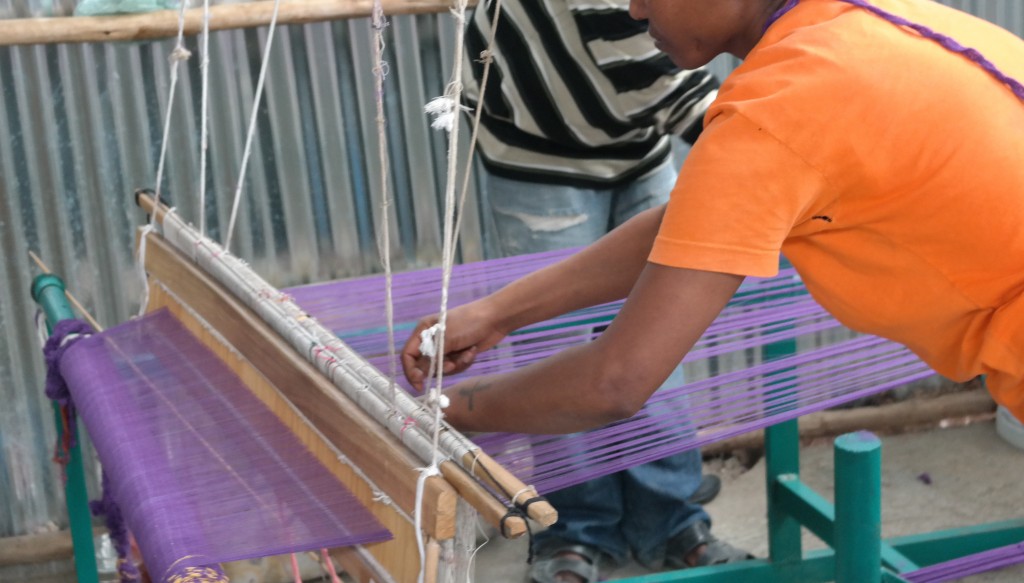