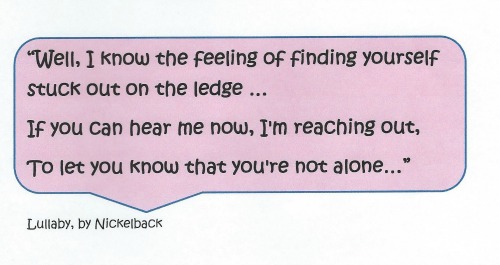 What do I know about depression?  Well, nothing. That much I know! But still, I feel compelled to write about it. Because I have only recently woken up to the devastation and despair associated with this illness and I am now looking at depression with a different set of eyes. With true compassion and empathy, where I was unable to understand before and could barely share a little sympathy.

Here is what happened: Robin Williams died. True, the world lost a great actor, a talented artist. But it was not grief I felt when hearing the news of his death. It was anger. Anger at someone I did not know, never met. And yet, there I was, so, so mad.

I understood that wealth and material things didn’t buy happiness. But I could not fathom why someone healthy would take their own life.

I am a mom and my biggest fear is to not be able to see my kids grow up and navigate through their life’s milestones.

So when one is lucky enough and doesn’t suffer from anything life threatening, why would they take their own life? As I was debating this very point with a friend of mine, he just looked at me and replied, “Well, have you ever considered that maybe he had a life-threatening illness, and that this illness took his life?”  That one sentence hit the nail on the head for me.

Up until now, I thought depression was a disease but that somehow, the affected person retained a level of control over it. Now I know, that’s not the case. As with any illness, depression is not something that you can turn off when it gets to be too much. Just as you would not expect a person suffering from diabetes to control their blood sugar if you ask them to, no amount of “Cheer up”, “Think positive”, or “It’s not that bad” can cure depression.

Depression can be devastating, destructive, and in some extreme cases, it can be fatal. It can also be a silent killer, creeping on you ever so slowly, with no obvious sign. Depression does not discriminate on wealth, social status, gender, or age.

I am in no position to judge or be mad at Robin Williams, because I can’t even begin to claim that I understand what he was going through. But what his ordeal reinforced for me, is that I need to make every effort to empathize with my children.

I want my kids to know that their feelings are always valid, even if they are different from mine or others.  There is no right or wrong way to feel about something. Most importantly, I want them to trust their emotions so they can have the confidence to express them. Maybe one day, they will be on an emotional ledge and will be able to cry loudly rather than suffer in silence. Because they will know, it is okay to do so. That is my pledge.

How do you make sure that your kids feel confident expressing their emotions?

This is an original post to World Moms Blog by Nadege Nicoll.  She was born in France but now lives permanently in New Jersey with her family. Nadege also writes a daily blog for moms who need to smile at everyday life. She can be found on Twitter, Facebook and her website www.nadegenicoll.com.

Image creation by author.  Quote from Lullaby by Nickelback.

Nadege Nicoll was born in France but now lives permanently in New Jersey with her family. She stopped working in the corporate world to raise her three children and multiple pets, thus secretly gathering material for her books. She writes humorous fictions for kids aged 8 to 12. She published her first chapter book, “Living with Grown-Ups: Raising Parents” in March 2013. Her second volume in the series just came out in October 2013. “Living with Grown-Ups: Duties and Responsibilities” Both books take an amusing look at parents’ inconsistent behaviors, seen from the perspective of kids. Nadege hopes that with her work, children will embrace reading and adults will re-discover the children side of parenthood. Nadege has a few more volumes ready to print, so watch this space…

« JAPAN: My Experience with a Japanese Hospital
NEW ZEALAND: Time Out »