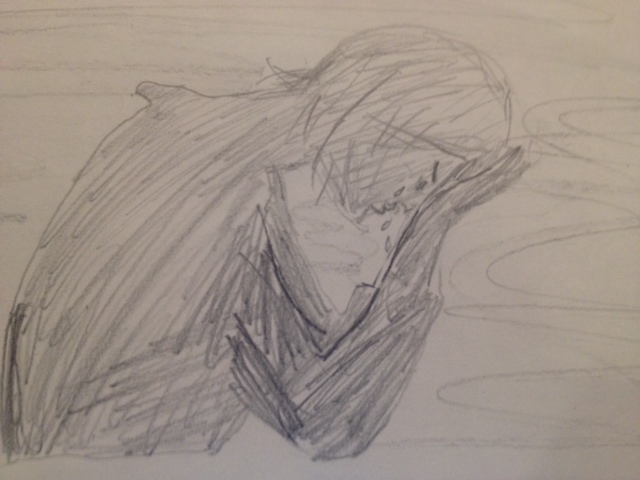 As World Moms, the school massacre in Peshawar, Pakistan is not just “their” issue, it’s our issue too.

We are shaken to the core. December is supposed to be a month filled with hope, joy, peace and love. It is a month of holidays, coming together and sharing our gifts. Yet in 2012 we were faced with the horror of 36 killed at Sandy Hook Elementary, a tragedy we hoped would not repeat in our lifetimes. In April, the kidnapping of 276 school girls in Chibok, Nigeria. And just yesterday, 145, mostly school children, killed in the #PeshawarAttack.

In this special report, we bring you the voices of moms from around the world as they weigh in on this very personal issue:

World Moms Blog Founder, Jennifer Burden (USA): What are we going to do about this? What is it going to take? Where are the girls from Chibok? Where are the children who died in Peshawar? How can anybody join an ideology that is violent to children? The good in the world far outweighs the bad in the world. I keep telling myself that. And I believe that. How do we unbrainwash those who are using religion for bad? Why is religion in the wrong hands so dangerous? Yet, in the right hands can be so positive? I have a lot of unanswered questions after reading the sad news from Peshawar.

Senior Editor, Purnima Ramakrisnan (INDIA): I was channel surfing on the TV yesterday afternoon and was dumb-struck by the news of the attack on the army school in Peshawar. The latest reportssay that almost 150 people were killed, the majority being children. One news channel says that a teacher was burnt aliveand the students were made to watch it. A few of them were beheaded and the rest watched the horror. Forget worrying about your child watching PG or Adult Rated Content on the TV. Some child across the world is watching it live, unable to grasp the tangible reality of hatred and violence.

Managing Editor, Kyla P’an (USA):  I am heartsick over this tragedy. As a journalist, I typically share current events with my kids (8 & 5) and have real-world conversations with them about what’s happening globally. I simply cannot let them know about one more school tragedy. School should be a safe place. A place to be around their peers, adults who care and nurture them and a thriving environment to learn. This tragedy is beyond my maternal processing capabilities. A little piece of every mom is chipped away every time an atrocity happens to anyone’s child.

World Voice Editor, Elizabeth Atalay (USA): The attack in Peshawar yesterday was a horrific act of barbaric cowardice. As a mother it sickens me to the core, and I know that today mothers around the world are in mourning for those innocent lives lost. My heart cries for the families of the lives taken yesterday in this senseless act of violence against children. Innocent children at school. I just can’t even fully express the despair the thought of it brings.

Contributor, Maureen H. (INDONESIA): It is so difficult to process such a horrible news. I cried and as a mom I cannot imagine the kind of grief and pain these parents have to go through. How do they move forward? How do they find peace? Is that even possible? It is every parent’s worst nightmare to lose a child but to have them taken away with such cruelty? I am in tears writing this.

Copy Editor, Elizabeth M. (USA): Devastating. Memories of Sandy Hook. I went to the Facebook page of my friend who had lived and worked in Pakistan for many years and saw pictures of families gathering in the parks in protest… candles… calls for solidarity. But I also feel incredibly helpless. So much intake of such bad news lately. I have a very concrete need to DO something or else I will have to tune out completely. And I suppose it’s the mundane work of peace building in my home and community, but it feels incredibly insignificant.

Contributor, Martine de Luna (PHILIPPINES): This is all very difficult to hear. I just found out a couple of hours ago, and being pregnant right now, I am rather emotional about it. Angry, mostly; hurting and crying for the mothers and fathers of the children. There is absolutely NO justification, no cause that warrants the murder of innocent children!!! It enrages me to think such evil exists in this world. We are used to hearing about war and strife, but every time innocent children are brutalized like this, it’s like I am paralyzed by grief and anger, the kind of anger only a mother would understand, the kind that stems from something unjustly stolen from you and there was nothing you could do about it.

Contributor, Karyn Vanderzwet (NEW ZEALAND): I don’t watch much “news”….. haven’t for a long time. Yet, still I heard.I’m over hearing that children have been killed in cold blood.I’m over feeling like my heart’s been ripped out… that, there but the Grace of God go I.I’m over having my mother love stomped on, as if it means nothing.Every death is painful.Every child lost breaks my heart.How can those mothers stand it?How did mothers, at any time, stand it?How ?How ?How?

Contributor, Sophia J. (USA): Having just given birth the doctor asks me if I have any feelings of depression, presumably because of the birth. Well I am not depressed, but I am so saddened by what is going on in the world. I try not to be depressed by it. When you specifically start thinking about what injustices and torturous things children go through, then it becomes even harder to stay positive and happy; even if you do believe in God. Because even with a belief in a creator, you wonder why is it the children have to go through such experiences as kidnappings at school, beatings when still infants, torture by the nanny, raped by teachers and priests, and death by extremists who abhor freedom in education. Why? It’s a lot to take from a distance, I cannot begin to imagine what people in these areas are feeling! Let alone the parents….and the children….who are supposed to assume school is a safe place to be. I don’t exactly know what to say, but I feel this is a problem that comes from people’s take on religion, as well as behaviors that are accepted by the majority.

Contributor, Aisha Yesufu (NIGERIA): As an advocate and activist for #BringBackOurGirls in Chibok, Nigeria, Aisha says she is devastated by this news.

Contributor, Nadege Nicoll (USA): I am horrified for so many reasons. Firstly, by how anyone with half an ounce of human cell in them could bring themselves to commit such a senseless, heinous crime. Secondly, by the sheer injustice in this world. In the name of what can this ever be just? Finally, by the disappointment I am afraid will follow: because, as much as I want to believe that this is going to change something for the better, I don’t think it will. In the US, kids in an elementary school got shot at point blank, but following the outrage and shcok, NOTHING has changed. And that is a chilling fact. Finally, I am crying for the innocent kids who lost their lives. As a mother, nothing could be more horrifying. I am crying for the survivors who lived this attack and will have to try and make sense of something that does not. I am crying for the parents and families, the world is crying with them.

Contributor, Meredith S. (USA): This takes me back to Dec.14, 2012…. When the classroom of first graders were murdered here in the U.S. My son was in first grade at the time and it really hit home for me. Just when I think there couldn’t be anything worse than a classroom of murdered first graders, yesterday I find out an entire school of innocent defenseless children are murdered. My mind cannot comprehend the evil and I will never be able to imagine the loss, heart break, and anger the mothers, Fathers, and families of the victims must be feeling. My heart is broken. If people cannot respect the lives of children then I do not know what the future holds….