Today on the blog we are sharing a video and photos from our time at the UN Correspondents Association (UNCA) gala from December 14th, 2015 on the blog!

World Mom, Purnima Ramakrishnan of India, won the Elizabeth Neuffer Bronze award for “Best Reporting on the UN.” She was unable to attend due to family obligations and the floods in Chennai, India, where she resides. In her place, Elizabeth Atalay, our Managing Editor, and I had the honor of accepting Purnima’s award for her at the UNCA gala. It was an incredible night!

Prior to the awards, I was invited to a private cocktail hour with fellow award winners, where we had the honor of meeting UN Secretary General, Ban ki-Moon! 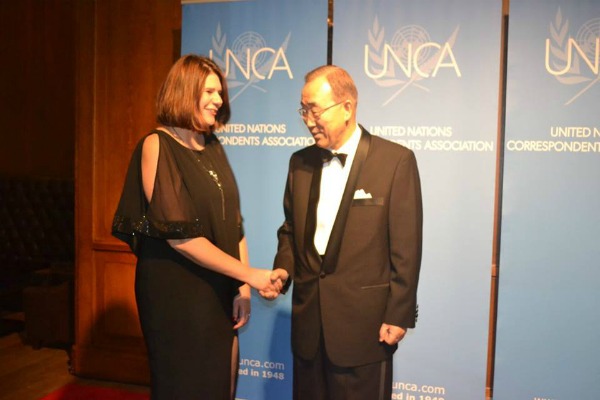 After shaking hands, we had the opportunity for a mini photo session with the UN Secretary General. 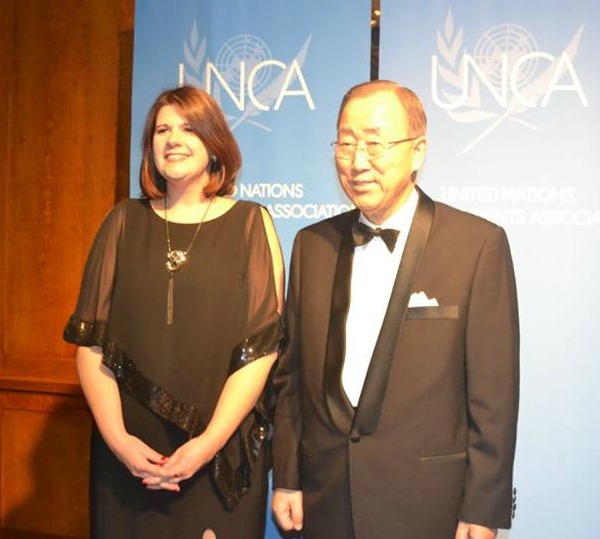 Elizabeth and I met up with Dan Thomas, Communications Director and Spokesperson for the President of the UN. We worked with Dan when he was in Switzerland at the GAVI Alliance on a project to help raise awareness for vaccinations in the developing world. It was so fun to finally all meet in person!

Meeting and talking with fellow UNCA award winners was also a highlight of the night! 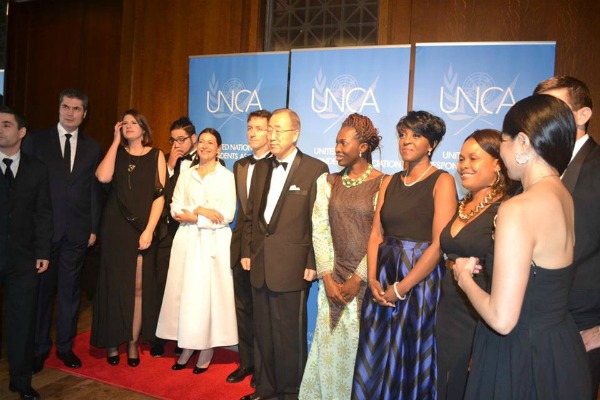 Please see the full list of the 2015 UNCA award winners at the UNCA.com site.

We are thankful to our community of readers, contributors and editors. Look what we can achieve with you all! Thank you for believing in us. We, at World Moms Blog, are looking forward to 2016 and have a lot of exciting plans to announce in the year ahead!

Happy New Year Around the World,

Video credit to UNCA. Photo credit of Jennifer Burden and Ban Ki Moon and the UNCA Award Winners to Jennifer Ehidiamen, whom we met at the UNCA awards.

Photo credit of Elizabeth, Dan and Jennifer to the author.